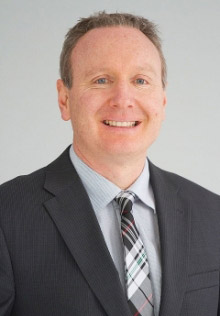 Mr Gregg is an experienced mariner with 30 years involvement with the Royal Australian Navy. From a business point of view, he specialises in finance and business strategy with a focus on delivering tangible board outcomes. Mr Gregg owns a financial services business and is on the board of a number of organisations including the University of Tasmania Council.

Mr Gregg served in the Navy from 1987 to 2017 in both a permanent and reserve capacity. As a full-time officer in the Navy, he navigated two submarines; and upon transferring to the Reserve he moved into the diving world and fulfilled a range of roles across the Navy including seaworthiness and theatre anti-submarine warfare.

He holds a Bachelor of Commerce, Diploma of Maritime Studies, Master of Information Systems and an MBA.  He is a Graduate of the Institute of Company Directors and is an FCPA. In his spare time, he enjoys exercise, flying, a range of outdoor skills and teaching his two sons important life skills.

"Being a member of the University of Tasmania Council, I have been able to watch AMC significantly evolve over the past few years," Mr Gregg said.

"My goal is for AMC to continue that evolution by significantly growing both student and research revenue and, importantly, establishing new partnerships both domestically and internationally." 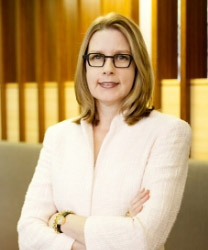 The Honourable Justice Sarah Derrington AM is President of the Australian Law Reform Commission (ALRC) and a Judge of the Federal Court of Australia.

Justice Derrington was the Dean of Law at the University of Queensland and a barrister specialising in maritime and shipping law, general commercial law and arbitration.

She has published in leading international journals in the field of marine insurance and carriage of goods by sea and, with James M Turner of the English Bar, co-authored The Law & Practice of Admiralty Matters (OUP, 2007). She was the co-Editor of the Queensland Reports from July 2011 until May 2015. South Regional TAFE services the Great Southern and South West regions of Western Australia and stretches to include an area of approximately 196,000 square kilometres, serviced by the 12 college campuses for over 10,000 students. Previous positions include: Executive roles within the vocational education sector; consultant with international firm Cardno ACIL on an offshore capacity building program; business development roles with AXA Insurance and MTV Viacom both in London; Performance Analyst with the Office of the Auditor General; and Economist on the National and State Accounts at the Australian Bureau of Statistics.

Darshi has a Bachelor Economics (Honours) from the University of Western Australia and a Graduate Diploma of Computing from Curtin University of Technology. 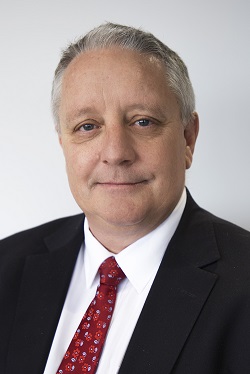 With a career spanning over 30 years in both the Royal Australian Navy (RAN) and defence industry, Brent has held a variety of senior roles from project management to executive management in small, medium and large Defence companies including BAE Systems Australia, Thales Australia, SAAB Systems and Sonartech Atlas.

In November 2018 Brent established his own consulting company and is currently consulting to a variety of companies.

Brent was appointed as interim CEO of Naval Group Australia in March 2016, prior to this appointment he was the Chief Operating Officer (COO) and Director for Strategy and Communications and Human Resources (HR) at Naval Group Australia. In his role as COO, Brent was responsible for managing Naval Group’s relationships with the Department of Defence and State and Federal Government officials. Brent also acted as the spokesperson for the organisation and liaised regularly with Australian trade and daily media and presented on behalf of Naval Group at external conferences and industry briefings.

Prior to joining Naval Group, Brent worked for the largest defence contractor in Australia, BAE Systems, as the Head of Business Development, Strategy and Communications, Maritime. In this role Brent was responsible for the Maritime Business Unit (BU), a BU made up of over 1,500 employees with an annual turnover of AUD$560M. Brent was responsible for delivering a variety of programs including; Landing Helicopter Dock (LHD) Training Package; Anzac Class ASMD Modification; LHD Initial in-service Support package; Commercial Oil & Gas work; and Commercial Ship repair work.

Brent has also worked for SAAB Systems and Sonartech Atlas.

Prior to joining the private sector, Brent served in the Royal Australian Navy for 11 years on HMA Submarine Onslow, NUSHIP Farncomb, HMAS Ovens and HMAS Otway.

Brent is a graduate of Queensland University and holds a Master of Business Administration. Brent has four daughters. 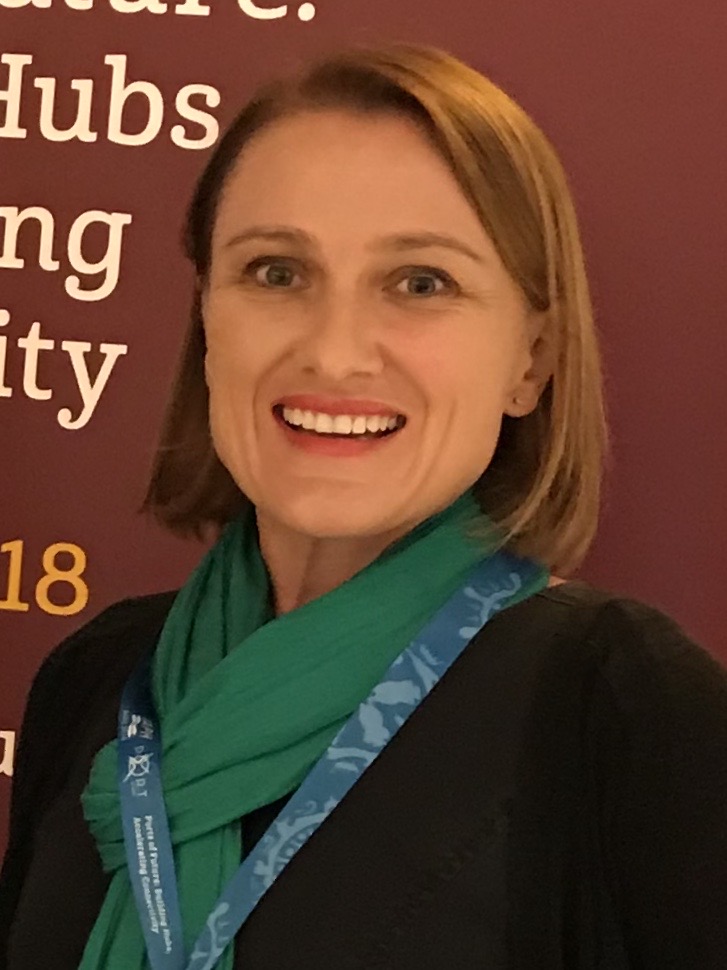 As an experienced Harbour Master, Master Mariner and Maritime Industry Professional, Captain Jeanine Drummond, has extensive background across our industry sectors, at sea, offshore oil and gas, and in the ports sector, both in operations and development, in Australia and internationally.

Jeanine has for the past six years worked in all areas of harbour master functions, port operations and governance, with Port Authority of New South Wales. Prior to this, she was employed with Caltex to provide maritime advice and expertise to their Australian terminal, port and shipping operations. Having transitioned from a seagoing career, that saw Jeanine commence in the industry in 1995 as a Deck Officer trainee with ASP Ship Management, and work her way through to Master, on Australian as well as overseas operated vessels, they included deep sea, coastal and offshore vessels, as well as serving in international shore based roles in vessel operations, voyage management and chartering, she transferred ashore permanently in the role of Tugmaster in Gladstone, Queensland. This then led to providing maritime advisory services for LNG port development projects, towage license transitions and integrated maritime management systems before returning to Sydney with Caltex in 2012.

Jeanine is a holder of a Australian Master Unlimited Certificate of Competency, Bachelor of Business (Maritime Management), Graduate Diploma Maritime Management, Advance Diploma of Applied Science and is an Associate Fellow of Nautical Institute, Member of WISTA, and a Member of the Australian Institute of Company Directors. Jeanine was the inaugural recipient in 2018, of the Australian Shipping and Maritime Industry “Women in Shipping and Logistics Award”. 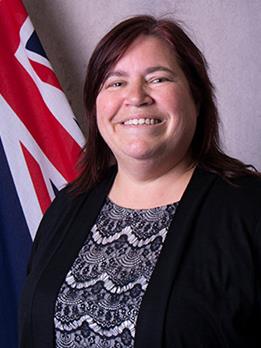 Professor Emily Hilder was previously the Director of the Future Industries Institute (FII) and Deputy Director of the ARC Research Hub for integrated devices for end-user analysis at low levels (IDEAL) at University of South Australia. As Director: FII she also led the Future Industries Accelerator (FIA). Established through a $7.5 million investment from the Government of SA, FIA supported SA businesses, in particular SMEs to access research equipment and infrastructure, funding for R&D projects and staff secondments, with a focus on growing R&D capacity in industry and establishing long term, productive collaboration between universities and businesses.

Emily is a graduate of the University of Tasmania where she completed her PhD in analytical chemistry in 2000. Following postdoctoral positions at Johannes Kepler University (Austria) and the E.O. Lawrence Berkeley National Laboratory (USA) she returned to Australia and University of Tasmania in 2004 where she held two ARC Fellowships (APD, Future Fellowship) as well as positions as Assistant Dean of Graduate Research and Head of Chemistry. She was inaugural Director of the ARC Training Centre for Portable Analytical Separation Technologies (ASTech) before relocating to the University of South Australia in 2016. Her research is the field of analytical chemistry and materials science and is focused on the design and application of new materials that can be used to improve analytical measurements. Her work has led to commercial and field adoption in separation science, bioanalysis, disease diagnosis, environment and food science, defence and national security.

Emily is a Fellow of the Australian Academy of Technology and Engineering (ATSE) and the Royal Australian Chemical Institute (RACI) and has been recognised by a number of awards including the Eureka Prize for Outstanding Science in Safeguarding Australia (2019), RACI Doreen Clarke Analytical Medal (2016), UTAS Foundation Graduate Award (2010) and has been included in the Analytical Scientist Power Lists from 2013-2017, 2019 & 2020 including the ‘Top 40 under 40’ and as one of the top 10 leaders in analytical science. She is an Associate Editor of Analytical Chemistry (ACS) and a member of the South Australian Premier’s Science and Innovation Council. Dale Heinken is the President and Managing Director of Ascent Vision Technologies (AVT) Australia, a CACI company, based in Melbourne, Victoria, which specialises in the design and development of gyro-stabilised imaging systems for intelligence, surveillance, and reconnaissance (ISR), target acquisition, and counter uncrewed aerial systems operations.

Ashore, he served as Deputy Director of Professional Development, United States Naval Academy; on the Commander, United States Pacific Fleet Nuclear Propulsion Examining Board; as a Federal Executive Fellow at the Institute for Defense Analyses in Alexandria, Virginia; on the Joint Chiefs of Staff J-5, Strategic Plans and Policy; and as Special Assistant to Commander, Naval Surface Forces Pacific.

Dale was commissioned through the United States Naval Academy, Annapolis, Maryland in 1995 with a degree in mechanical engineering. He earned a Master of Science in Information Systems and Technology degree from the Johns Hopkins University, Baltimore, Maryland in 2003 and a Master of International Public Policy degree from the Johns Hopkins University in 2009.

During his spare time, Dale enjoys tennis, golf, fly-fishing, scuba diving, woodworking, sailing, hunting, working out, cycling, cooking on the grill and whatever is on his wife’s “honey-do” list. While he isn’t good at any of his hobbies, he does at least dress like he should be. Terry Bailey is the Executive Dean of the College of Sciences and Engineering. He is an experienced senior executive and director with over 30 years of management and leadership experience in the public and higher education sectors, including as Executive Director IMAS (2019-2021) at UTAS, Chief Executive of the NSW Office of Environment and Heritage and as Assistant Secretary responsible for heritage in the Commonwealth Government.

Terry has strong research, analytical and communication skills, developed through a career as law reformer, policy advisor and community educator, both at a State and Federal level. During 2019, Terry was the Independent Reviewer of the National Environment Protection Council Acts. In 2018, he played a key role in the Independent Review of the Environment Protection and Biodiversity Conservation Act 1999 (Cth) and its impact on agriculture.

Terry is a visiting Associate Professor at the Fenner School of Environment and Society, at the Australian National University, where he teaches and assesses in the areas of biodiversity, environment, heritage and public policy. He holds a Bachelor of Applied Science (Deakin), Master of Business Administration (Deakin) and Master of Public Policy and Management (Monash). 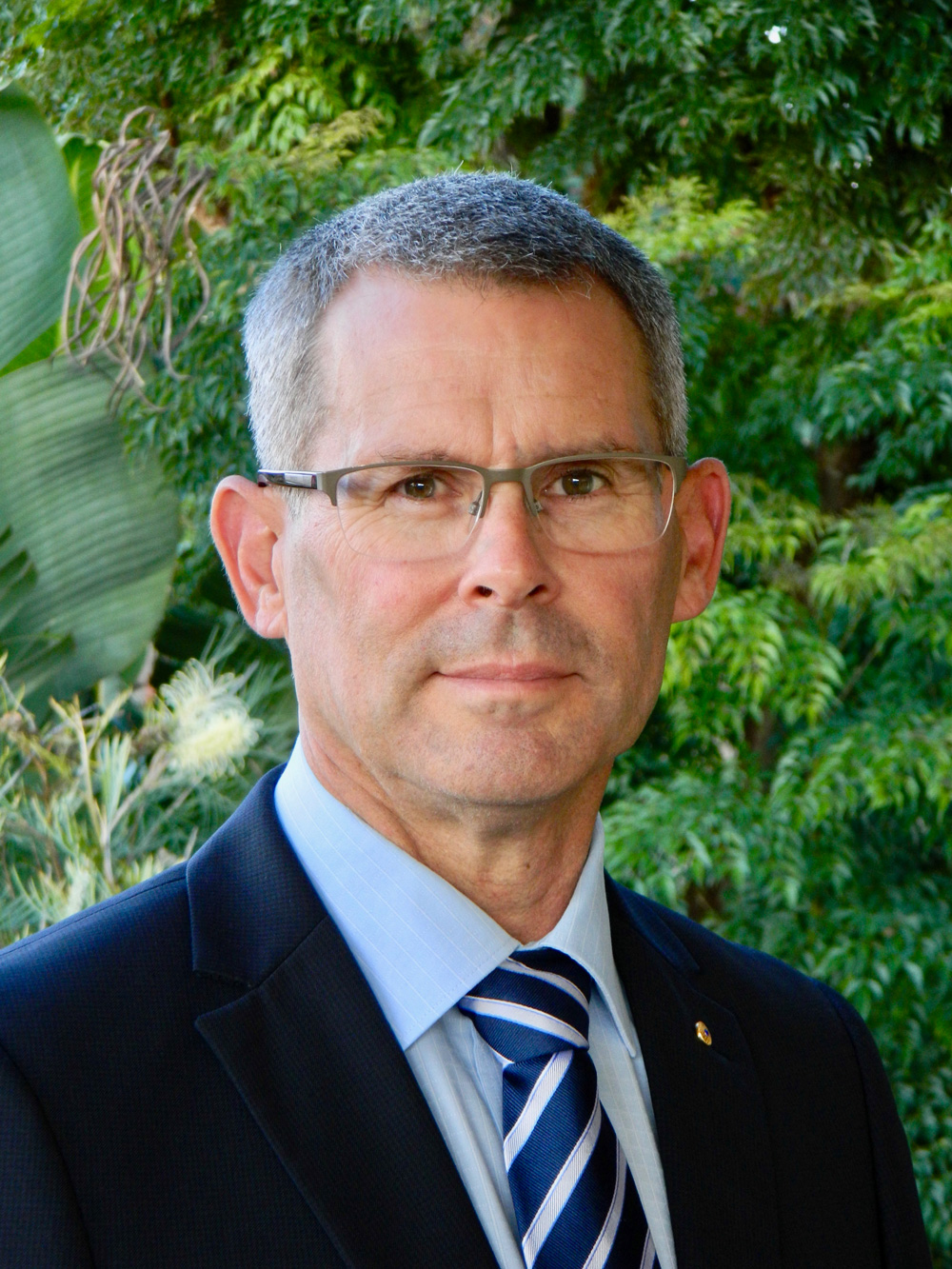 Michael graduated from the Royal Australian Naval College in 1982.  Early career highlights included postings as the ASW Tactical Training Officer, Fleet ASW Training Centre Pacific, San Diego in 1992; and in 2003, Commanding Officer HMAS Sydney (FFG-03), where he deployed to the Persian Gulf for the war in Iraq, subsequently being awarded a Commendation for Distinguished Service in the 2005 Australia Day Honours List.

Staff appointments included Staff Officer to the Chief of Navy in 1998, Training Authority Maritime Warfare in 2006, Chief of Staff (COS) Navy Systems Command in 2008, and COS Fleet Headquarters and Commodore Support in 2010.  Academically, Michael graduated from the University of New South Wales with a Masters’ of Management Studies in 2003; and the United States Naval War College, Newport, Rhode Island in 2005.

In 2011, Michael was appointed as the Chief of Defence Force Liaison Officer to United States Central Command, Tampa, Florida, USA and Director, Coalition Coordination Centre.  Awarded the United States Legion of Merit (Officer), Michael returned to Australia in 2013, assuming duties as the Deputy Chief of Navy. He was appointed an Officer of the Order of Australia (AO) in the 2015 Australia Day Honours list, retiring from active service in 2016.