A fragile glacier in an isolated part of Antarctica could cause a catastrophic rise in global sea levels. Collecting data from this remote part of the world could be crucial to saving it.

It is known as the “Doomsday Glacier”: a wedge of fast-flowing ice pouring into the ocean off the Antarctic coast to the south-west of Chile.

It is fast by the standards of glaciers — with a surface speed over 2 km per year — but it is also fast-melting, which is what is so worrying about it. The Earth’s warming climate has already ensured that Thwaites Glacier, as it is officially called, contributes four per cent of the world’s annual sea level rise.

And because the glacier is also being melted by warm water washing beneath it, the more that it melts, the faster it flows, exacerbating the problem and transforming more of what once had been ice into new ocean.

In the worst-case scenario, Thwaites could collapse completely, leading to global sea level rises of three or four metres.

A lot of scientists want to know what’s going on around Thwaites so they can figure out exactly how quickly it is warming and how threatening it could prove to be.

This is where engineer Peter King comes in. The Autonomous Underwater Vehicle (AUV) Facility Coordinator at the University of Tasmania’s Australian Maritime College, King has spent the past four years working on nupiri muka, a fully autonomous vessel designed to venture deep beneath the Antarctic ice, gather data, then return to report its findings to researchers.

After testing the $5 million AUV off the Tasmanian coast, followed by a capability demonstration trip to Antarctica in 2019, King and team were finally ready to send nupiri muka on a mission partnering with KOPRI — the Korean Polar Research Institute.

When create speaks with King, he is in Wellington, New Zealand, having just returned to dry land after a long and icy sea voyage.

“The AUV team and the AUV and all the equipment were all mobilised on to their icebreaker,” he said of KOPRI.

“We spent two months with them down south and were given an opportunity to deploy our AUV down in the Thwaites Glacier area.”

The journey is such a long one that the team had just six days at Antarctica to deploy its AUV. While there, however, they did get a lot done.

“We ended up sending the vehicle under the ice six times, and the longest of those was a 30 km incursion,” King said.

“So a 60 km round trip underneath the ice, which was a pretty big achievement for us, considering last year we went less than a kilometre.”

And the AUV had to make that journey almost entirely unassisted.

“For the mission, for about 90 per cent of it, the vehicle was completely autonomous,” King said.

“We had no communications, no tracking. So a lot of the lead-up work and mission preparation goes into how do you deal with that? And then having the layers of logic and fallback and redundancies, so that the vehicle is robust enough and has enough confidence that it will return.”

“We ended up sending the vehicle under the ice six times, and the longest of those was a 30 km incursion" Peter King

The team was able to monitor the vessel for the first few kilometres, he said. But after a while, it lost communications with its home ship, and then the team had nothing to do but wait for it to return — and hope that it would.

“When you’re 30 km away from the ship and the ship is locked in by ice and unable to track the vehicle, then yeah, we have nothing,” King said.

“That’s one of the unique things about our vehicle; we don’t have any really long-range tracking and we’re unable to install beacons or anything like that. So the vehicle truly was on its own for the bulk of that mission.”

A collaboration between the University of Tasmania, CSIRO and the Australian Antarctic Division, ARC describes the $24 million project’s aims as being to “increase the capacity for collaborative research to be carried out in a variety of projects covering the physical, chemical, atmospheric, cryospheric and biosciences”.

As well as improving partnerships that observe land, sea and ice in the Antarctic, ARC hopes the project can lead to better remote sensing and mapping capabilities.

The AUV’s name means “eye of the sea” in the Tasmanian Aboriginal language palawa kani.

Capable of diving 5000 m below sea level, nupiri muka is self-powered and equipped with sensors measuring everything from the salinity and temperature of the water through which it travels, to the shape and composition of sea ice and the seabed.

“The vehicle itself was designed and built by a company called International Submarine Engineering in Canada,” King said.

“The reason we went with them for the vehicle delivery is that they have a very long history with vehicles that do this type of work.”

That meant that, when King and his team wanted to be sure they could rely on their AUV to capture its precious data, they could start out with a vessel that had been proven to be effective.

“Their ethos has always been they don’t go for the flash design,” he said.

“It’s really about robustness and repeatability, and that’s something that’s evolved with them over the past 20, 30 years.”

And the team put in a lot of work to ensure that reliability could be assured in this mission.

“We’ve had some instances of payloads that haven’t quite worked, but in terms of something that risks the vehicle not coming back, we’ve been quite lucky. We’ve never really had any kind of tense situation where we didn’t think it was going to return.”

As well as ensuring the autonomous technology worked, among the other challenges were ensuring the UAV’s electrical and mechanical stability, King said.

Out in the cold

The Thwaites Glacier might be one of the most important places in Antarctica when it comes to climate change research, but it is also highly inaccessible. Few people have been there, and it is difficult to study. Models can figure out some aspects of what is going on, but they do not compare to the insight achieved by actually venturing beneath its surface.

“For some of the data we’re collecting, it’s really the only way,” King said.

“You’ve got this layer of ice that’s hundreds to thousands of metres thick and you don’t know anything about the water underneath it, then the water underneath that is really the critical component. So, when you offer up an ability to take the sensors and actually deliver them to the hotspot, it’s an amazing piece of technology, and you can see why the risk is certainly worth the reward.”

It is also a unique part of the world in which to be working.

“You just have white as far as the eye can see, and these gigantic walls of ice, and just the sheer isolation when you really start thinking about where you are,” King said.

“It’s a naturally amazing place. And, you know, I guess one of the few places left on Earth where you’re down there and you just see no kind of marks of humans or civilisation. It’s truly just an empty, beautiful landscape.”

The Autonomous Underwater Vehicle (AUV) Facility Coordinator at the University of Tasmania’s Australian Maritime College (AMC) leads a core team of himself and two other AMC engineers.

“We’re the ones who are full-time tasked with operating the vehicle, doing the design logistics, maintenance, development,” he said.

On their most recent Antarctic mission, they were joined by a scientist from the Institute for

The mission is driven by the questions that scientists want answered about the Antarctic environment, but King’s team is in charge of making sure the data actually gets collected.

“The vehicle has a certain amount of fixed payload, so there’s a standard set of data that we provide,” he said.

“We can tweak things and we can insert other sensors. So, this year, there was interest in having the trace metal water sampler on board, so we worked over the past year to get that integrated.”

Upon return, the AUV data is made available to a broader community, starting with researchers from the University of Tasmania and IMAS.

“Also now, our collaboration with the Koreans,” King added.

This article originally appeared as “Underneath the ice ” in the April 2020 edition of Engineers Australia create magazine. https://www.createdigital.org.au/venturing-beneath-antarctic-ice-with-autonomous-vessel/ 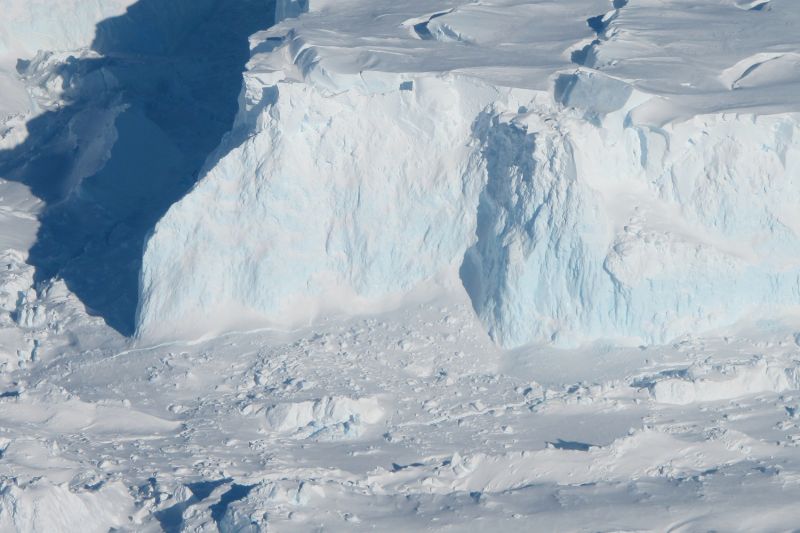