In a key note address- “Global Trends in Blue Economy-Australia and Indonesia”- to a workshop in Jakarta recently Mr van Balen said a partnership would enable both countries to benefit from joint exploration of the various ecosystems represented in the blue economy.

Australia’s $330 million Blue Economy CRC, which will be headquartered at the University of Tasmania /Australian Maritime College’s campus at Newnham in Launceston, would be a key driver of increased economic output.

“The University of Tasmania, AMC and IMAS (Institute for Marine and Antarctic Studies) are committed to Indonesia and its development,” he told the gathering of high level government officials, education and training providers, and private sector organisations operating in the maritime industry in Indonesia.

“I hope today is the start of deep collaboration between the University and Indonesia, to help drive your blue economy and develop your human resource capacity.”

The CRC will translate new developments in science and technology into commercial activity in ways that support industry partners to create an advantage in an evolving market.

“The CRC is expected to generate more than $4 billion for the national economy,” he said.

“The Indonesia -Australia Comprehensive Economic Partnership Agreement (IA-CEPA) offers a framework for the creation of a bilateral economic partnership within the Blue Economy along the lines of the current CRC,” he said.

Mr van Balen said a challenge would be cooperation between the agencies of both countries.

“These (Indonesian) agencies will need to work with each other and with the appropriate Australian agencies to address questions such as what kind of maritime trade and blue economy we would like to develop and how we will do it together,” he said.

AMC Director, National Centre for Ports and Shipping  Prashant Bhaskar also addressed the workshop on issues, challenges and opportunities in ports and shipping with special reference to smart ports. 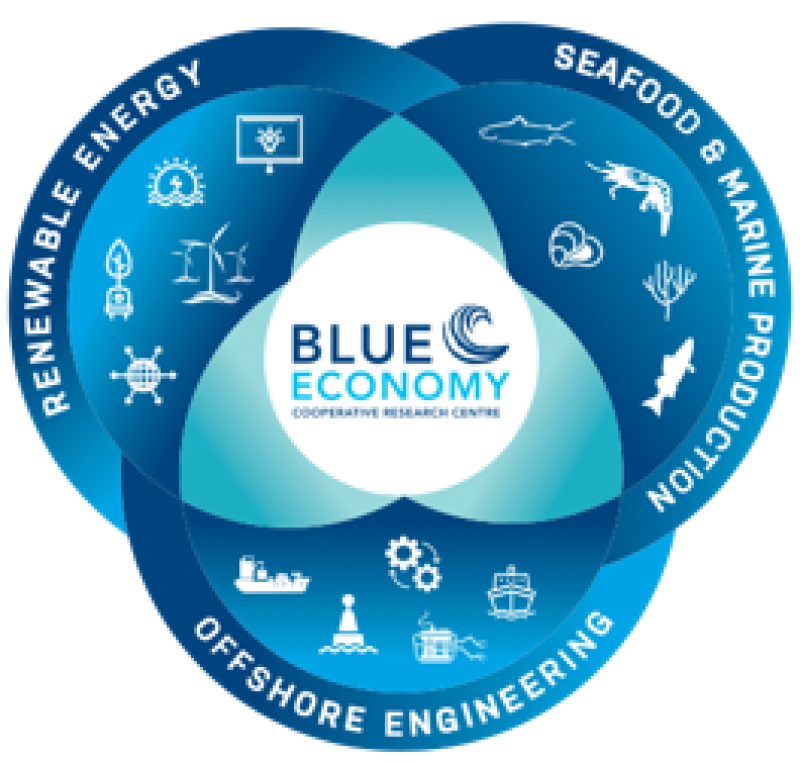