Australia’s close maritime ties with its Pacific neighbours and its key role supporting training in the region have been marked with the installation of a commemorative wall at the Australian Maritime College.

The wall features the shields from a fleet of 22 decommissioned Pacific-class patrol boats and was officially unveiled by AMC Principal Michael van Balen AO and Senior Trainee Sub Lieutenant Kilioni Mafi, from His Majesty Armed Forces Tonga, on Friday 11 September.

“During this time, more than 2000 trainees from the South Pacific and Timor-Leste have learnt how to operate and manage all facets of these surveillance boats, from the role of cook to captain,” Mr van Balen said.

“These trainees not only learned how to operate the vessels, they have also become an integral part of AMC and wider Launceston community and helped reinforce the strong bond between Tasmania and the Pacific islands.

“It is this unique bond that has made Launceston the natural place to commemorate the decommissioning of the Pacific-class patrol boats, and they will be remembered here for future generations.”

The patrol boats are crucial in protecting the economic sovereignty of the Pacific islands, with 22 vessels built between 1985 and 1997 and gifted to 12 Pacific island nations to assist with maritime surveillance and fisheries protection operations.

They are now nearing the end of their service and the last ship is set to be decommissioned in 2022.

“The Pacific Patrol Boat Program was announced in 1983 after the Convention on the Law of the Sea took effect, resulting in Pacific Island Nations being able to claim a 200nm exclusive economic zone,” Mr Jones said.

“This legal framework was going to be challenging for our Pacific Island neighbours to enforce, so the Australian Government stepped up to help and gifted these vessels, including providing funding for all the training for crew to operate the boats.”

The retiring vessels are being replaced by new 21 new Guardian Class Patrol Boats as part of the Australian Government’s Naval Shipbuilding Plan. 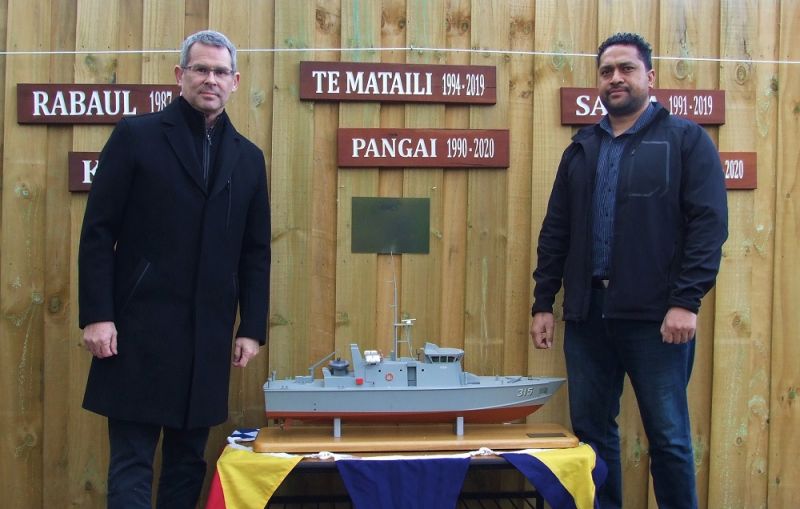