AMC alumnus Tim Macdonald has lived life to the fullest of late, demonstrating the opportunities and adventure that an Australian Maritime College degree can unleash.

Not only was Tim involved last year in the expedition which set a world record plumbing the depths of the world’s five oceans, but he also trekked in the vast Namib Desert in South Africa, hiked in the US State of Wyoming and visited Newfoundland and the Svalbard Islands in the Arctic Circle.

In late 2019, he embarked on a submarine pilot training course. REEVE JOLLIFFE/TRITON SUBMARINES It was as Submersible Integration Engineer with Triton Submarines LLC that led to Tim’s role in the history making Five Deeps Expedition, which was filmed for the Discovery Channel.

As well as reaching the deepest parts of the five oceans, the project also made headlines inspecting the wreck of the Titanic and discovering a stalked ascidean, a bizarre jellyfish-like creature otherwise known as a sea squirt, at the bottom of the Java Trench in the Indian Ocean.

Tim, 30, originally from Shoal Bay, NSW, was an AMC student from 2008 to 2016, where he completed a Bachelor of Engineering (Marine and Offshore) degree.

He was involved in the design and construction of the $35 million DSV Limiting Factor (Triton 36000/2), the submersible in which US explorer Victor Vescovo plunged to the world-record depth of 10,928m in Challenger Deep within the Mariana Trench. Challenger Deep is commonly known as the deepest point on Earth.

It was an extraordinary mission right from the start.

“It was all super-secret – we weren’t allowed to tell anyone, no photos, we weren’t even allowed to use public wi-fi on my laptop in case somebody hacked in,” he said.

He said the staying under the radar was to keep pressure off the construction team during four years of design engineering and testing.

Getting the submarine construction formula right was essential because at the lowest point in the Mariana Trench the water pressure is 17,000 pounds per square inch on the hatch.

“The hatch is 1100mm in diameter so it had something like the equivalent of 200 fully laden Jumbo jets on top of it with that pressure,” he said.

“With the titanium sphere pressure hull, we had to go to five different titanium suppliers and get their samples and send them off and get them tested.

Tim, who is based in Cape Town, said because everything was so new there was an element of prototype testing during the expedition.

“For a prototype sub you probably want to have 20-50 dives under your belt to work out problems with the sub and figure out what is the best way of doing things,” he said.

“We did that while trying to achieve the objectives of the Five Deeps.”

He enjoyed the science of the project and learning and working with engineers and technicians who were some of the best in their field.

“I enjoyed the fact that we mapped and explored trenches that had never been explored before,” he said.

People had a rough idea where the deepest point was in the Indian Ocean, but no one knew for sure and we confirmed that. The charts at one point were off by 1000m.

“Even though the extreme deep only makes up 4 per cent of the ocean floor, it accounts for a large percentage of the unknowns, such as how the tectonic plates move and work.”

The Five Deeps Expedition has been completed, but he is hopeful that a Triton Submarines Ring of Fire Expedition in the North Pacific is next on the agenda.

“That is where all the plates are moving up against Los Angeles and where there is a lot of thermal activity,” he said.

The expedition would travel up the West Coast of the United States and to Alaska and around to Russia and down to Japan.

Tim is driven by a desire to contribute to the preservation of the world’s oceans.

“I am inspired by the scientists I work with, and their passion for understanding motivates me to further myself and become a valuable tool in assisting them in their endeavours,” he said. “I want to help marine scientists develop the tools to achieve their desired research outcomes and help solve some of the questions that exist in marine sciences.”

Tim is enthusiastic about his experience at the AMC and the Tasmanian lifestyle.

Access to AMC facilities and the ability to tap into the knowledge of teaching personnel during his degree was beneficial to his later career.

One of the best and unique parts of my degree was having access to the facilities at the AMC and getting practical experience using the model test basin, towing tanks and cavitation tunnel during projects

“The hiking, camping fishing, surfing, climbing and just about every outdoor activity in Tassie is world-class.

“I studied on campus, which was massively beneficial because I tend to get distracted and bogged down easily,” he said. “Immersing myself in the study culture was great.”

His aim is to achieve a Masters Degree in Engineering and become a Chartered Engineer. 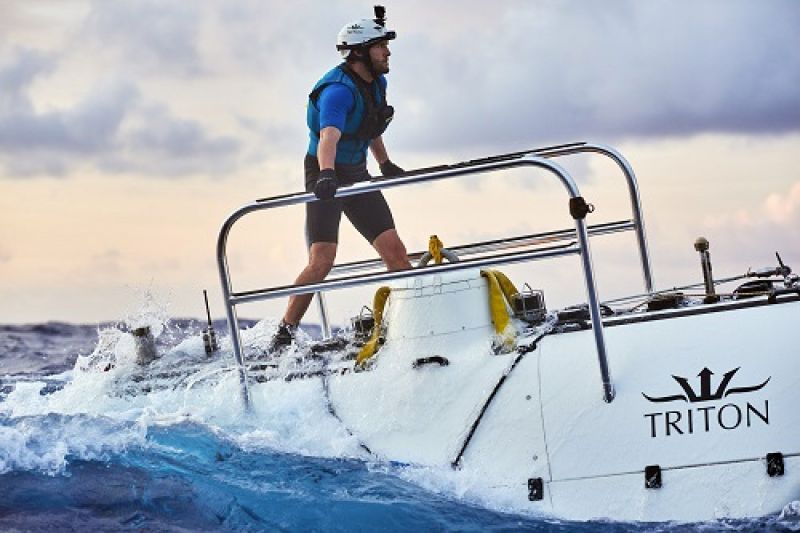