AMC Alumnus Q&A: Submerging a restaurant 5 metres under the sea

Naval Architect and University of Tasmania alumnus Sean Van Steel (BE (NavArch) Hons 2010) revels in finding beautiful solutions to complex problems—like how to  submerge a restaurant more than five metres under the sea.

Sean grew up in sailing in Sydney. An affinity with the water and a natural curiosity for figuring out how things work led him to move to Launceston to study Naval Architecture at the Australian Maritime College (AMC).

His first job after graduating was working for an oil and gas company called Aker Solutions(AkSo), which offered a six month secondment to their head office in Norway. That was 10 years ago. Since then he has gain valuable experience on a range of projects from floating platform designs to subsea structures, and power cables.

When the price of oil crashed in 2015/16, he took a leap of faith,  joining forces with fellow AMC graduate Ben Fitzgerald and former colleague Øyvind Johnsen to found CoreMarine (CMA).

What was it like working on Norway’s first underwater restaurant, UNDER. What were some of the engineering challenges that needed to be solved?

UNDER was the first project we had as CMA, and opened so many doors for us as a new company. We still can’t quite believe we have been a part of something so unique and globally recognised.

Initially our scope was to define the waves and weather UNDER would be subjected to. Our responsibility snowballed into designing and overseeing the entire marine construction works, including: stability analysis, lifting operations, floating of the structure and final in-place design.

UNDER was constructed on a quayside barge as a single concrete structure, floated into position, and lowered to the seabed. This was an incredibly challenging task: to steady a structure that is not designed to float. Normally to manage buoyancy we would add tanks or similar, but given the architectural nature of the building designed by the world-famous firm Snøhetta, we were not allowed to add such devices.

To make things more challenging, we were trying to perform a complex marine operation on a shoestring budget. Normally we solve an engineering problem using a simple tool where aesthetics don’t matter; or design a very bespoke and complex tool with a price tag to match.

Designing a structure with the world’s largest open sea facing window, exposed to some of the roughest conditions in the world in the North Sea, also comes with its challenges. The water pressure on the window is high, and demanded detailed design to ensure it wouldn’t break during a winter storm.

How do we get such a large structure to sit on the seabed and not be pushed over or float away – while looking spectacular?

We applied our analysis skills to develop a solution that enabled a relatively simple, albeit unconventional, construction plan. We proved that we could transfer our skills and knowledge to a new industry and shake off the perception of expensive oil and gas constructions.

Tell us about your experience living in Norway. How do you cope with the environmental extremes?

Living in Oslo feels very similar to Hobart, We have a large body of water that is used for sailing on the long summer days and a “mountain” behind the city that has an abundance of walking trails that are always in use. The main difference is that it is covered in snow for 3-4 months of the year and I’ve experienced temperatures down to -23C. On the cold winter days it feels very much like one of those perfect cold crisp days in Hobart. Clear blue skies and a crisp bite in the air, albeit you don’t stay outside for much longer than a few minutes.

I haven’t found the lack of sunlight to be to challenging for the most part. I manage to keep active hiking, cycling or skiing. November is the worst month though, as it hovers around 0C, is dark and rains constantly. Once the first snow comes the city and people brighten up. The darkness is abated by the city light reflecting off the snow.

Embracing the outdoors in Norway has allowed us to travel around most of the country and experience all it has to offer. Our favourite time here is Spring, from March through May. The days get significantly longer, the mountains have deep snow cover and we are able to get out back country skiing. Our most memorable trips are to the west coast or Lofoten Islands where we have been able to hike up a mountain and then ski all the way down to sea level. I haven’t yet mustered the courage to go for an ice swim after a day’s skiing.

You have had an amazing career so far, how well did you degree equip you for the realities of working in your profession?

The degree I got from AMC prepared me perfectly for the workforce: I had useful skills from day one. To this day I still refer to some of my notes and textbooks from AMC. The practical nature of the course taught me how to solve almost any problem.

What advice would you give to young students considering their future career options?

The world is in a great state of change right now, both in terms of emerging and evolving industries, as well as the way we work. Leaving school, you will not be able to imagine the careers you will have. Learn as much as you can, be adaptable and above all, be curious. The world has so much to offer you if you are willing to take a chance or two and have a go.

I am excited to see what the youth today are going to do with the world that they have been born into.

What do you enjoy most about your profession?

Finding uses for skills/solutions that are left field to what they are intended for. Finding the beautiful solution to a problem. 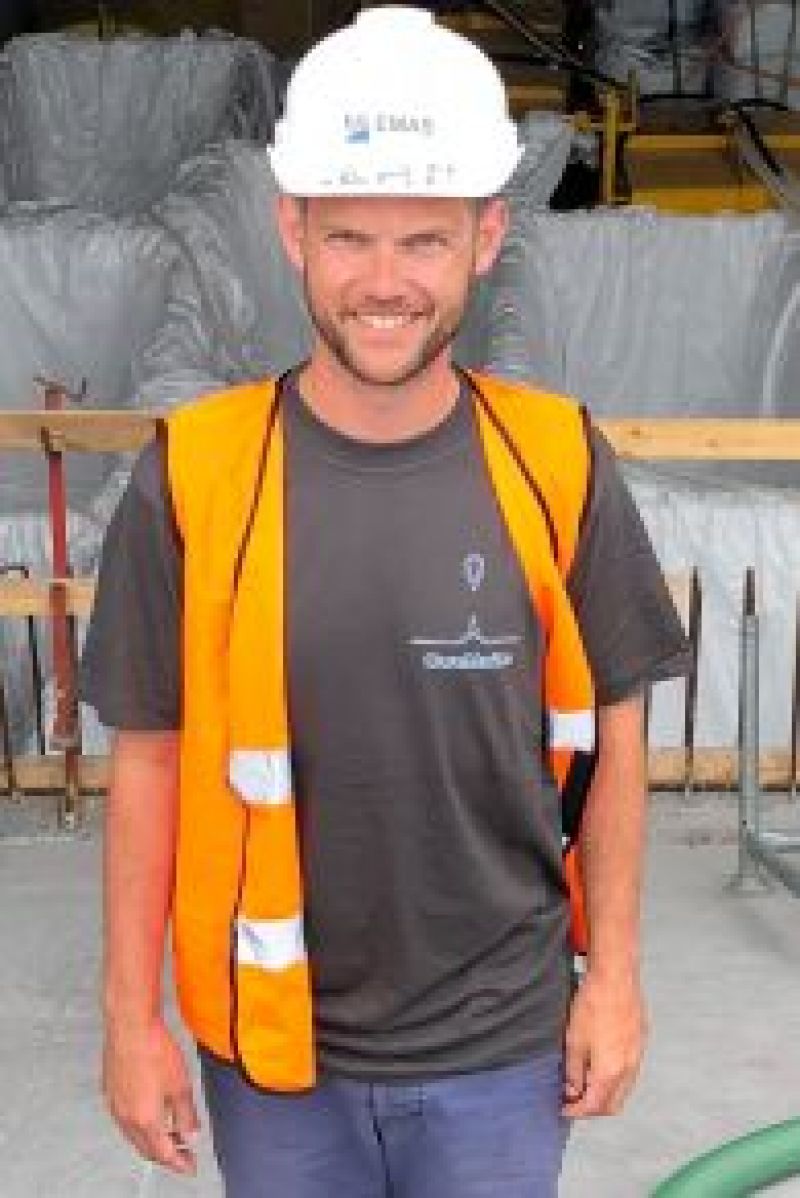