Australian Maritime College (AMC) graduate Tim Macdonald travels to the deepest depth of the ocean in a sub he helped design and build.

Have you ever wondered what it looks like at the deepest point on earth?

Well, one talented alumnus can tell us.

Sub pilot and submersible engineer Tim Macdonald set a new depth record for Australia with a dive to the deepest point of the world’s oceans.

The graduate from the Australian Maritime College (AMC) at the University of Tasmania won an international ‘space race’ to engineer a vehicle that could make repeated journeys to the bottom of the ocean.

Designing a vehicle that could withstand the equivalent of 200 fully laden Jumbo jets was an engineering feat not for the fainthearted.

Tim, who is originally from NSW, graduated with a Bachelor of Engineering (Marine and Offshore Engineering) in 2016.

Since then, he has set about rewriting the history books.

He was part of a team who set a world record by reaching the deepest parts of five oceans, he inspected the wreck of the Titanic and discovered a strange jellyfish-like creature at the bottom of the Indian Ocean.

His latest adventure saw him become the deepest diving Australian, travelling to the Challenger Deep in the Mariana Trench, the deepest point on earth.

Tim, who works for Caladan Oceanic, was accompanied by EYOS Expeditions’ Rob McCallum from New Zealand.

The duo achieved a preliminary depth of 10,925 meters at the deepest point of the world’s ocean, setting a depth record for both nations as they became the deepest diving Australian and Kiwi ever.

Tim is now qualified as the third ever pilot of the submersible.

“It is a tremendous privilege to be able to operate a vehicle where every dive is into the unknown,” Tim said.

“This presents some challenges, but it also presents almost limitless opportunities.”

“The bottom of the ocean varies a lot,” Tim said.

“There are big underwater valleys that collect sediment falling down.

“The bottom of the Challenger Deep is very flat and featureless and towards the edge it gives way to rolling sediment dunes as the tectonic plate begins to fold.

“Then rubble fields begin as you approach the edge of the trench wall and then almost vertical walls of basalt, sediment and also large sulphur eating bacterial mats.”

The dive’s primary purpose was to test acoustic navigation equipment that will be used as an aid to deep ocean research. The pair conducted technical acoustic tracking exercises and used autonomous ‘landers’ placed on the seafloor to collect geological samples.

“It was a busy dive, but we took the time to set a light-hearted world record: the world’s deepest ever vegemite sandwich, and Anzac biscuits, which is something only Australasian’s really understand,” Tim said.

Rob said the submersible was a remarkable vehicle that was already enabling them to visit huge parts of the ocean previously unseen by scientists.

“She will enable us to explore to any depth in any ocean and the discoveries she will make in the future are almost beyond comprehension,” Rob said.

Their next challenge will be in Australia conducting science research deep in the Indian Ocean. 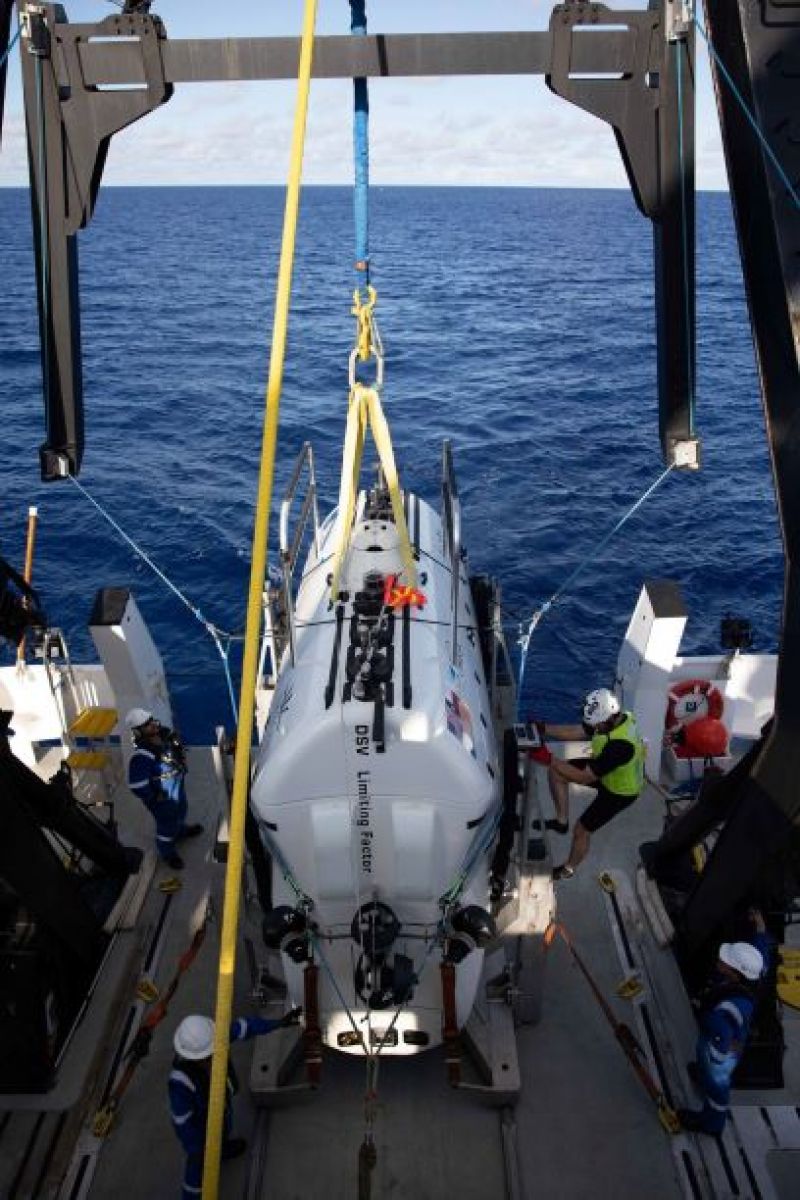