The Hunt for Black October

Students teams put their subs to the test

Students from the National Centre for Maritime Engineering and Hydrodynamics put five weeks of work to the test at the Australian Maritime College facilities this week.

The JEE 491 underwater vehicle technology students are assessed on the project.

Unit coordinator Roberto Ojeda said the students were required to design a small scale model submarine and make analytical predictions about its performance.

“The submarine is tested not only at the Model Test Basin but also in the Towing Tank,” Dr Ojeda said.

Dr Ojeda said the team’s numerical predictions about the submarine’s performance, such as about hydrodynamic resistance, was compared with the experimental performance of the submarine in the Towing Tank.

Waves were generated in the Test Basin to test seaworthiness and the amount of water that leaked into the model during the test was also noted.

Eight teams work on the project for about five weeks.

Dr Ojeda said he was very impressed with the way the teams had performed. 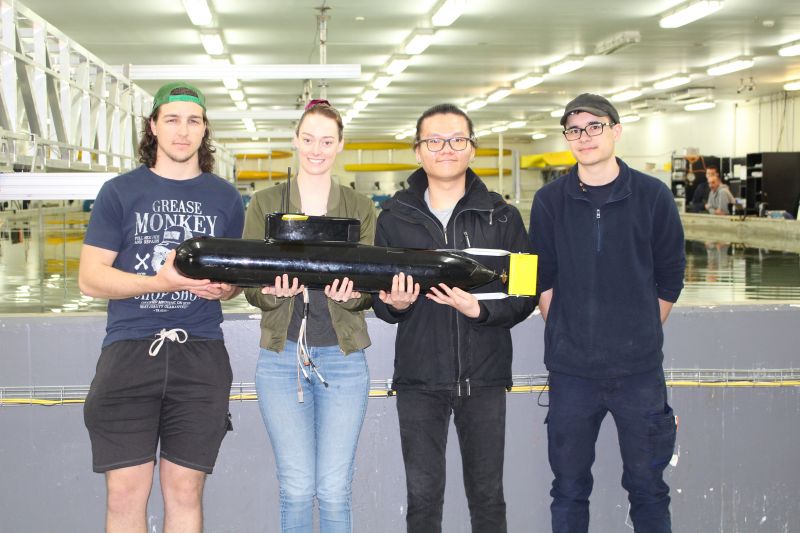