He has the ideal background to make it happen.

AMC, through the University of Tasmania, is seeking a major role in the unprecedented build of submarines, frigates and offshore patrol vessels over the next 30 years through the establishment of a Maritime Defence Innovation Design Precinct (MDIDP) at the Newnham campus. This comes on top of the College’s traditional role as the national institute for maritime education, training and research.

Mr van Balen is a retired Australian Rear Admiral and was the Deputy Chief of Navy before he left the service after an outstanding 38-year career which included stints as the Commanding Officer of the HMAS Sydney and Chief of Defence Force Liaison Officer to the United States Central Command. He was enjoying life at Port Macquarie, NSW before the AMC opportunity came calling.

“We are in the middle of developing a strategic plan for AMC,” he says.

“What I want to do is look out into the future and come up with a plan which advances AMC’s position as a national and international institute, shaping and inspiring the maritime profession.

"There is plenty of opportunity out there.’’

Mr van Balen is keen to optimise the AMC’s, and indeed Tasmania’s involvement, in the National Naval Shipbuilding Enterprise.

“Through the MDIDP, we aim to become an integral part of the Defence Network, using AMC’s unique research facilities and niche skill sets to advance Defence and defence industry requirements.”

“With the onset of the naval shipbuilding program, Navy is becoming a ‘parent Navy’ whereby it assumes responsibility for the design performance and configuration control of its new vessels;  a role that was previously performed by the country from which the vessels were purchased.”.

“Navy therefore needs to have knowledge around the capabilities of the platform so that, if there is an issue, such as a design element producing an excessively noisy submarine, we identify the problem early and have the knowledge to fix it .

Mr van Balen said AMC would assist by contributing innovative research know-how and facilities to Defence, to enable it to operate the ships and submarines in the most operationally effective manner.

“Our contribution will be to systems and the research involved: how does the hull move through the water, what cavitation is created by this shape propeller and does that meet our requirements or do we need to change it: is that platform stable enough to do this? We can conduct all that research here.’

“The MDIDP will be the venue where all the parties involved, Defence industry, Government agencies and suppliers come together to look at the issues they are facing and determine a way forward.”

The Australian Government committed $30 million to the first phase of the project during the Federal election campaign.

Strict security standards will have to be met because of the sensitivity of the work being undertaken.

More broadly, Mr van Balen says advances in technology, such as autonomous shipping, will impact the future of the maritime industry. AMC must be prepared for these changes.

The AMC presently has more than 500 students about half of which are international.

“We would like to grow our domestic student population and encompass the Government’s initiatives with STEM (Science, Technology, Engineering and Maths),” he says.

“While we have a national and international focus, as Australia’s national maritime institute, we are also about upskilling Tasmanians.

‘I look forward to that challenge’. 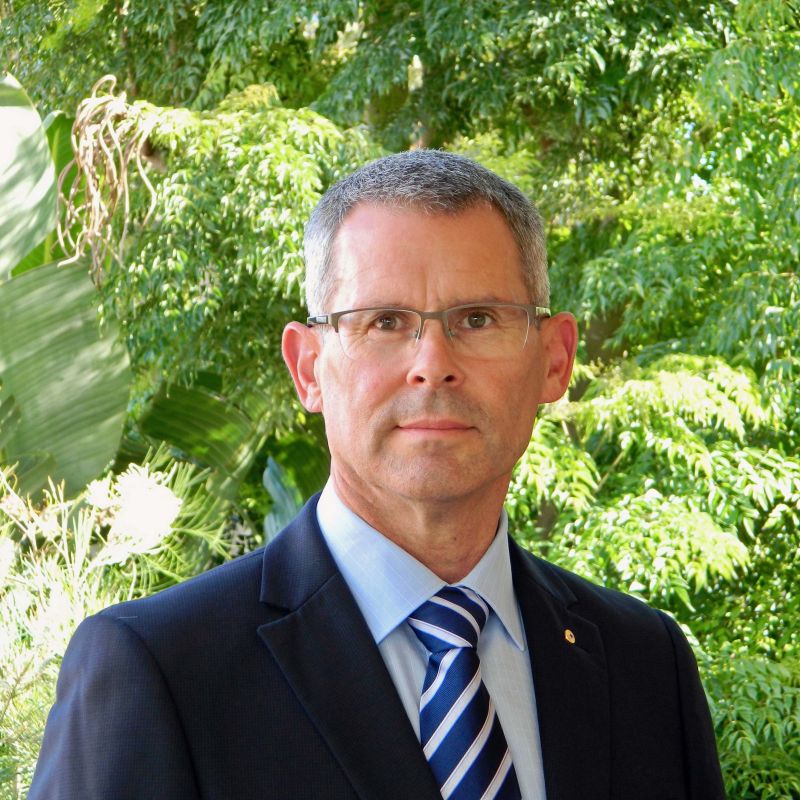