Captain Laughlin, who completed a Diploma of Applied Science (Nautical Science) at AMC in 1992, will share the duties with Captain Paul Clarke on the replacement for the Aurora Australis.

He has completed more than 50 voyages to Antarctica and was captain of the Aurora Australis for more than 10 years.

The Nuyina, which is predicted to be able to break through 1.65m ice, is being constructed in Romania and is expected to be commissioned in 2020-21.

He is inspired by the cold and challenging conditions of the Southern Ocean.

“Ever since I did my first trip I always wanted to go back,” he said.

“I’m really looking forward to seeing the ice for the first time from the bridge of the Nuyina.

“There’s going to be a lot of people who are very keen to see the ship perform and complete that successful first voyage of the season.”

Captain Laughlin has worked with Hobart-based Serco Australia for the past five years and was part of the team which compiled the successful bid to design, build, operate and maintain the Nuyina.

In recent times he has been a member of the engineering team managing the design and build phase.

He has several awards for his dedication to safety and environmental responsibility.

In 2014 he was awarded the prestigious Peter Morris Medal by the AMC for improving international maritime safety and personnel standards.

Captain Laughlin has lived and worked in Hobart all his career.

“The Southern Ocean is a captivating place to work,” he said.

“There is nothing more satisfying than successfully transiting through the roaring 40’s, howling 50’s and screaming 60’s, sighting the sea ice edge before crossing hundreds of kilometres through the ice to conduct science operations or to resupply one of the Australian Antarctic stations.”

He said as Captain he would need to use his understanding of the unpredictable weather patterns and his knowledge of sea ice.

“Everything you do down there is a learning process. Year after year you learn more and more,” he said when accepting the Peter Morris award in 2014.

AMC alumnus Nick Browne has also had a critical role as the Australian Antarctic Division’s project manager of the design, build and delivery project.

Captain Paul Clarke, who will lead the alternative crew, was born and raised in the Falkland Islands, and began working for the British Antarctic Survey as a deck hand in 1994.

He said had always aspired to become the Master of an Antarctic research vessel.

“This is an amazing opportunity with Serco and the Australian Antarctic Program to deliver world class support for their polar and science operations,” he said.

“I very much enjoy the type of ice navigation challenges, research and survey work that will be undertaken on the Nuyina.”

The Nuyina, which will cost $1.9 billion to operate over the next 30 years, is expected to spend 200 days a year at sea. 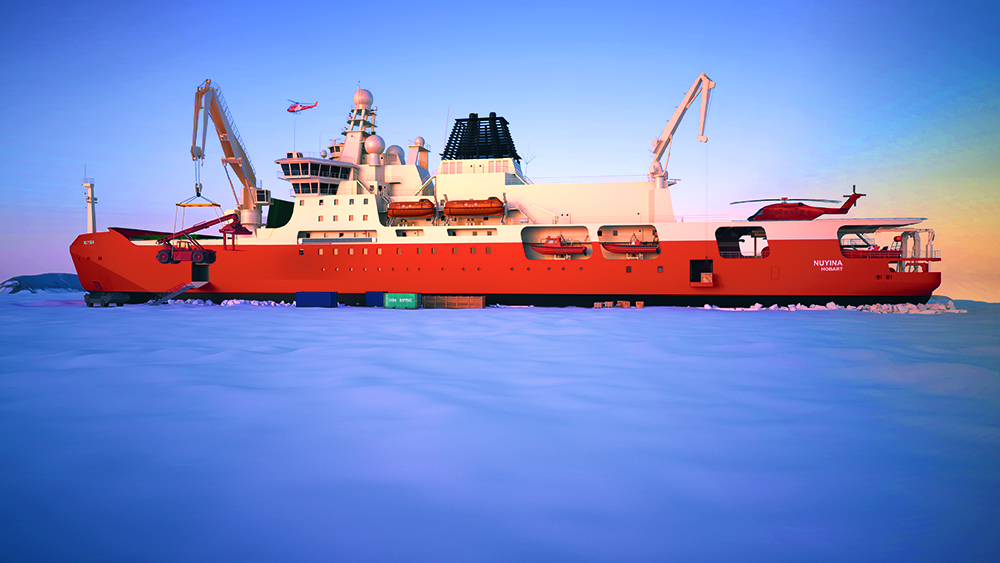 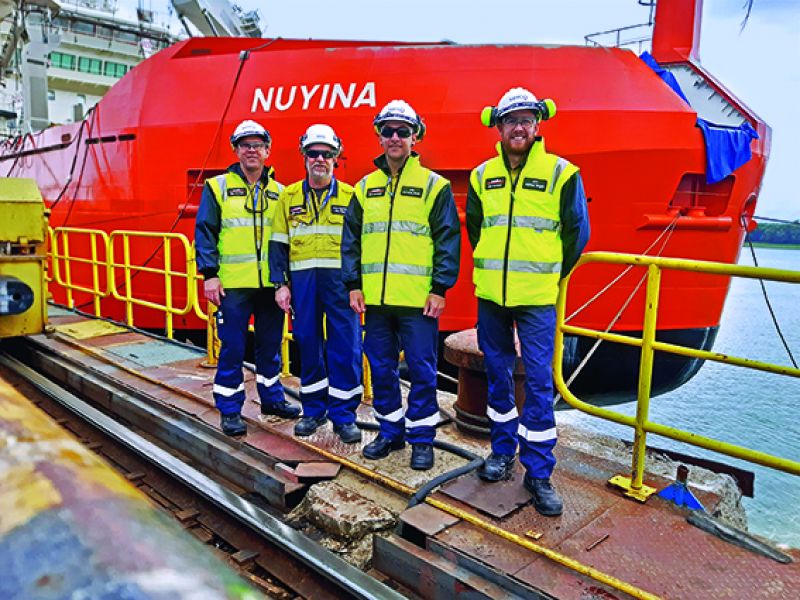