The University of Tasmania and the Australian Maritime College are working with stakeholders in the maritime research field on a business case for the establishment of a national collaborative body.

AMC was one of 16 partners from government, academia and industry to sign a Statement of Principles at the Pacific 2019 International Maritime Exposition last week.

The Maritime Defence Innovation and Design Precinct (MDIDP) being developed at AMC will be a key node of the AMDC.  AMC has a suite of the most advanced research facilities in the Southern Hemisphere and is also a key provider of skilled and professional staff required in the Naval Shipbuilding Enterprise.

AMC has a $30 million Australian Government commitment to the development of Phase 1 of the MDIDP at the Newnham campus.

Interim chair of the AMDC Peter Davie released the Statement of Principles and mission statement in Sydney.

“The AMDC is intended to become the science technology and innovation centrepiece of Australia’s maritime and naval shipbuilding enterprise,” Mr Davie said.

It would aim to support the national security requirements of the $90 billion Naval Shipbuilding Enterprise from the first quarter of 2020.

“The AMDC plans to be positioned to augment the capabilities of Defence Science and Technology and serve the needs of the Royal Australian Navy and the Department of Defence through independent and collaborative research, open innovation and the development of new intellectual capital,” he said.

The AMDC is modelled on the Technocampus Ocean (TKO) in Europe which collocates materials, industrial and academic players. 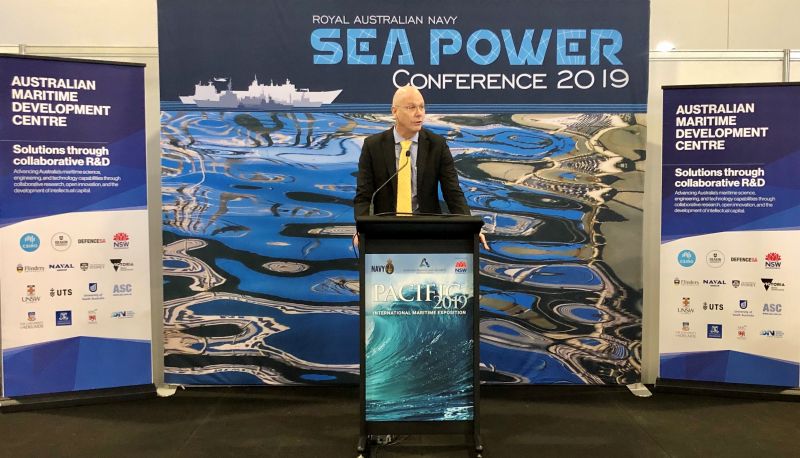